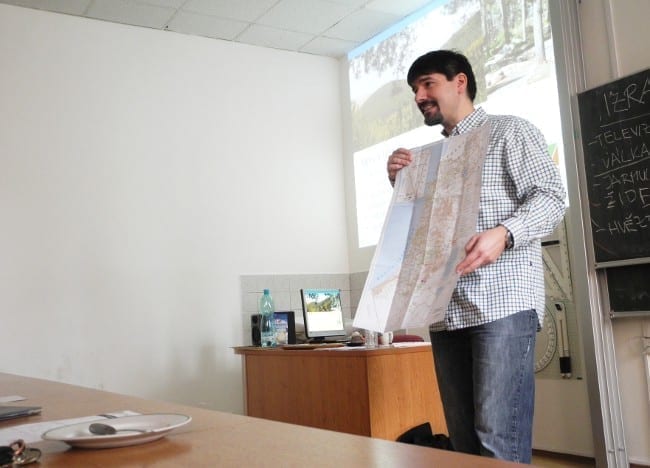 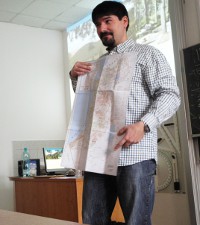 Did you know that Google Maps used to characterize Israel as a city, not a state? Did you know that there used to be states like “Gaza Strip” and the state of “West Coast”? You can learn more about all these things if you attend a lecture on the modern state of Israel by Radek Hejret.

Radek has been giving lectures on this topic since May 2010 when he searched the map of Middle East on Google Maps. To his surprise, he noticed the errors mentioned above and it reportedly took Google about half a year to correct them after many protests. This little detail reveals that there is constant information warfare against Israel.

In January 2015, I attended the fascinating lecture that Radek was giving to 3th grade students of vocational school in eastern Bohemia. I was glad to be there because I got to listen to a very interesting lecture that did not captivate only me but also all the students and their teachers. After the lecture, the teachers spent some time having a conversation with us.

Radek is able to make the topic more accessible to everyone. When speaking, he also interacts with the students spontaneously, shows them pictures or videos and demonstrates his considerable knowledge. He depicts the history of the nation that withdrew into their own land after the holocaust but still faces many difficulties. Since Israel withdrew from Gaza Strip in 2005 in order to secure peace, 22 000 bombs have been dropped on the country from that direction so far.

The lecture on the modern state of Israel provides many realistic and informative facts about the history of a little country that draws the attention of the whole world. It also provides information about achievements in the areas of afforestation of deserts, seawater desalination, IT and others where this little country proved to be developed.

Students leave the lecture with some new food for though and also views on Israel and Judaism. The story of the nation that God has chosen for providing His plan with mankind is touching the minds of young people. 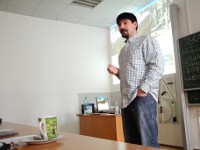