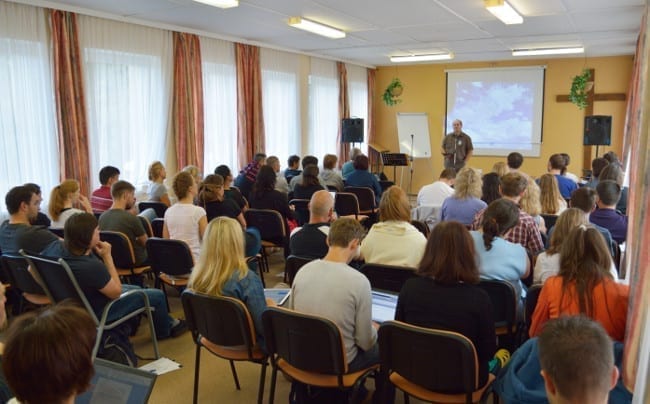 The Workers Conference is a service for lecturers. They are people who bring hope and the message of life to young people in schools. During the conference they are able to receive new encouragement and strength for their own calling and ministry. The Workers Conference was held from September 5th to September 7th 2016 in the Youth For Christ Immanuel Conference Centre which provided excellent service as always. This year was the twelfth year of this traditional event that we have been organizing for Christian lecturers of the Healthy Youth Program since 2003. What was originally a two-day event now evolved into a three-day conference with 66 participants this year, with three of them coming from Slovakia, and we almost reached the capacity limit of the Centre. We opened the conference on Monday evening, when the participants split into smaller groups. Their fellowship was enjoyed in the environment of prayers and getting to know each other.

The main program of the second day began with a thematic session called “Speak, I’m listening.” The lecture focused on how to let the students and pupils talk during the program and at the same time stick to the program’s topic. Three lecturers shared their experiences and ideas and the session was followed by a general discussion. The next session focused on a specific subject of Christian lecturers’ work: the role of prayer. Five lecturers shared their experiences and their interesting stories. This was a very powerful topic and some really valuable truths were mentioned. When it was time to start with discussion as scheduled, we spontaneously began to pray instead. We were reminded of urgent prayer topics, such as serious health problems of several lecturers who were unable to join us in the conference. 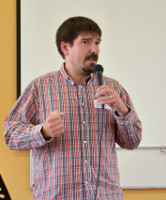 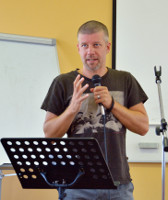 For the afternoon program of the second day, the participants divided into two workshops which were held two times one after another and all lecturers were thus able to attend both of them. Jan Molnár from Liberec prepared some model situations from a lecturer’s work: what can happen in classroom and how to deal with it. He spoke about bullying and other problems that lecturers may encounter. The participants also played an instructive game, shared their experiences and engaged in a lively discussion. The second workshop was led by Zdeněk Dlabola and focused on motivation for study, comparing the internal and external motivation and Biblical principles.<

As usual, evenings during the Workers Conferences remain free. The participants use this time to talk and meet each other and to simply enjoy fellowship of friends who share the same ministry.

On the third day we discussed the connection of a lecturer to a local Christian congregation based on the verse: “How could one man chase a thousand, or two put ten thousand to flight…” Four lecturers talked about the role that their Christian congregation has in their work. Their testimonies were very honest and most of the listeners were able to identify with their experiences. The subsequent discussion brought up some positive experience with support of personal donors, which is a very close topic for most of the lecturers. The discussion with contributions from others was very encouraging for all.

The last part of the program of the conference presented opinions and experiences of three lecturers who lecture on some special topics in which schools are often interested: programs about the Bible, John Huss and world religions. Radek Hejret introduced the topic to the participants and had them try out a part of an interactive program about Biblical history which he had created upon a direct request from one teacher. The lecturers talked about sincere interest in truthful information on these issues from many teachers and students, as well as their interest in the Bible itself. Drawing upon these testimonies, we returned to small groups again just like at the beginning of the conference, and we concluded the program by praying for one another. 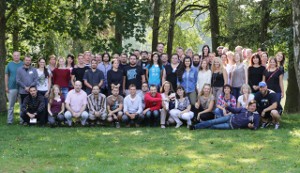 We include some comments from two participants:
“I just returned from the three-day Workers Conference of International Needs CZ and I feel motivated and encouraged by the teaching I received, as well as by many personal talks and sharing of good practices.”
“The programs were very specific and practical.”

International Needs CZ has been organizing the Workers Conference from 2013 in cooperation with the partner foundation F-foundation. Owing to the cooperation with non-for-profit organization Ethical Education, and Christian Academy of Youth (civic association), in 2016 the conference has been accredited as a course included in the training of the “Lecturers’ Academy.”

You can see few moments here in the video: