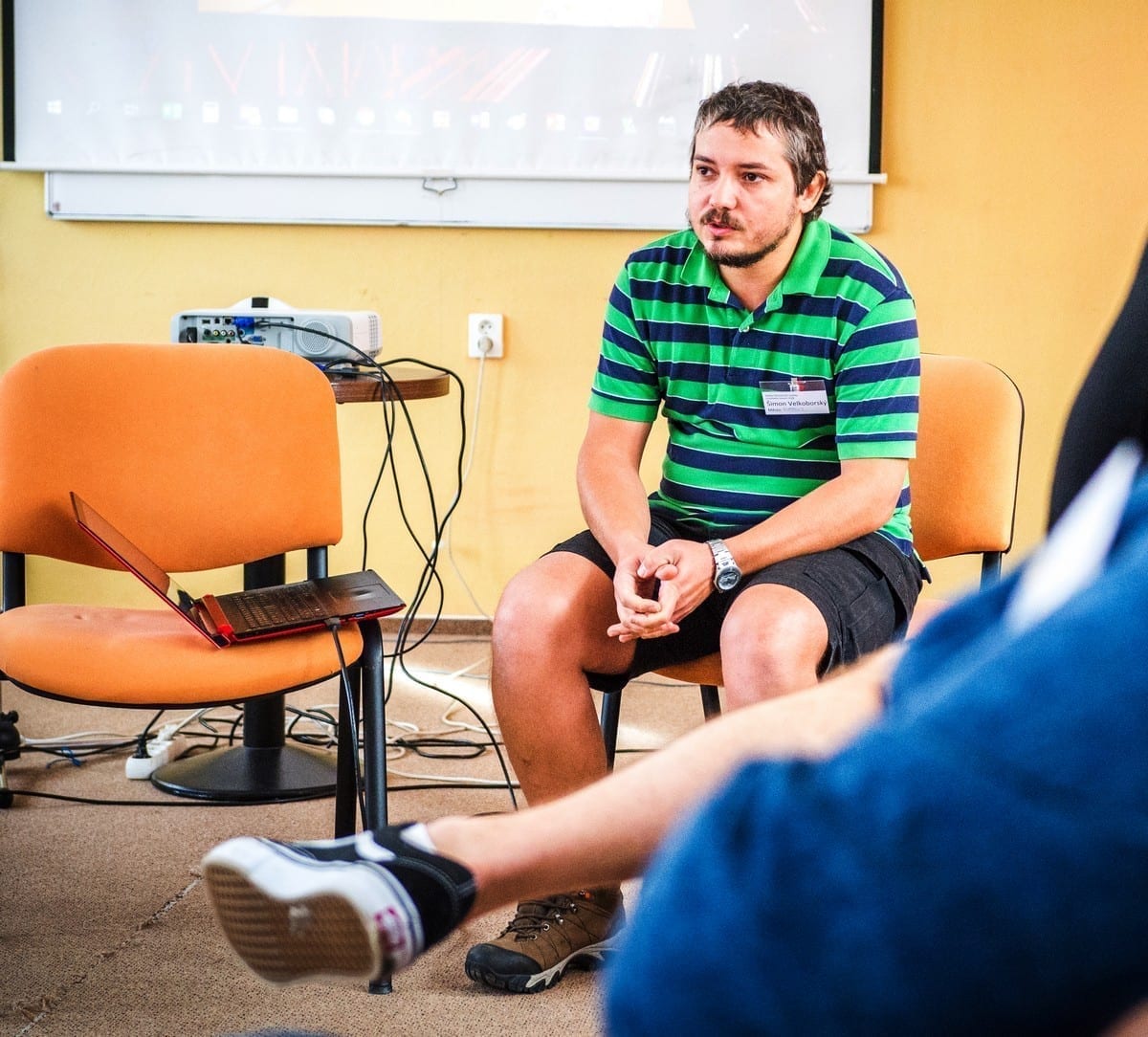 Local ministry background:
Simon is an active member of the Christian Fellowship of Klatovy, south west Bohemia region. He is the worship leader and is involved in the church leadership. He is also a member of team for evangelization and mission and works as youth leader.

Simon has been working at schools in his surroundings since September 2014. He began with offering lectures from the classical ACET series – Smoking, Bullying, Love, and so on. He also offers counseling to kids and is in charge of the Royal Rangers adventurous kids’ club.
He joined the INCZ Healthy Youth ministry program in September 2015.

Simon usually gets very positive and enthusiastic feedbacks from the teachers and students who joined his programs. He began to build “a good name” as a quality and desired HY worker.
His intentions are long term and obvious. He openly proclaims his faith and Christianity while dealing with schools’ representatives or holding a program in a class. He easily brings in the Gospel and personal experience with Jesus Christ. He realizes that this all is about saving the damned.
As one of the results of his HY ministry Simon expects positive changes in the inner climates of local schools and positive changes in the way students deal with their personal problems.

Visit the reportages from Simon’s lectures and taste the atmosphere of this work:
October 2017
December 2015

How he became a lecturer:
Simon grew up in a Christian family and in a Christian community but during his teen age he decided to live his life without God and His sovereign leading. He in person started to have problems with smoking, alcohol and drugs. Then he visited couple of Christian meetings, and began to feel that God could help him back on feet. He decided to give his life to Jesus. And since that decision his life has fundamentally changed.
In the years 2013 and 2014 he got this unique opportunity to study on the Kingdom Ministry School in Ephrata, Pennsylvania in USA. And during his studies he accepted God’s calling to work with young generation after his return to the Czech Republic.
So immediately in September 2014 he started to offer Healthy Youth programs to schools in his surroundings.
He also brings an offer of leisure-time activities to young people.

As Simon says, “My heart is open to young generation. I personally became a Christian in the age of 22. I have hope and faith that my project helps to transform young generation in our town and region.”

Lecture topics and resource:
From the very beginning of his ministry Simon works under the auspices of well-established Christian organization called ACET. Firstly, he used mainly ACET materials for his school ministry. Slowly he started to develop his own agenda which fits preciously to the demands of local schools.

The topics Simon offers are:
Non-Smoking Is Cool
Pain and Disease Called Bullying
Friendship and Love
Sex, AIDS, Relationships
Interpersonal relationships
the Bible
the Sects and Religions
Alcohol and Drugs
AIDS and HIV

“We were very happy with all the lectures. The topics were presented to students in an interesting way and they got involved in the work. We exploited the topics further in the following school lessons. The students’ feedback was positive as well. As for the organization, the cooperation was really good and the lecturer met all of our requirements.”
A prevention specialist

“All of the lectures were very well prepared, using presentations with the most important facts and illustrative pictures. The program was interesting and despite of the seriousness of the topics Mr. Velkoborsky was able to make it entertaining and funny. Many students joined the discussions and some even followed up with their own questions when the program was over.
I hope our cooperation will continue.”
A teacher

“Mr. Velkoborsky presented several lectures for the 6th to 9th grade students during the last school year. The lessons were always well prepared with regards to the age of the kids, interesting, engaging, and funny. He always brings in something new and he is also a good example for the kids with his own experience and insights. He attracts the attention of the kids and the teachers alike and makes us think through the topics over and over again. We could follow up and open the topics during the school lessons (Civics, History, Biology, and Health Education).
Cooperation with this lecturer is always welcome, because he is very professional. We would like to go on with it.”
A prevention specialist