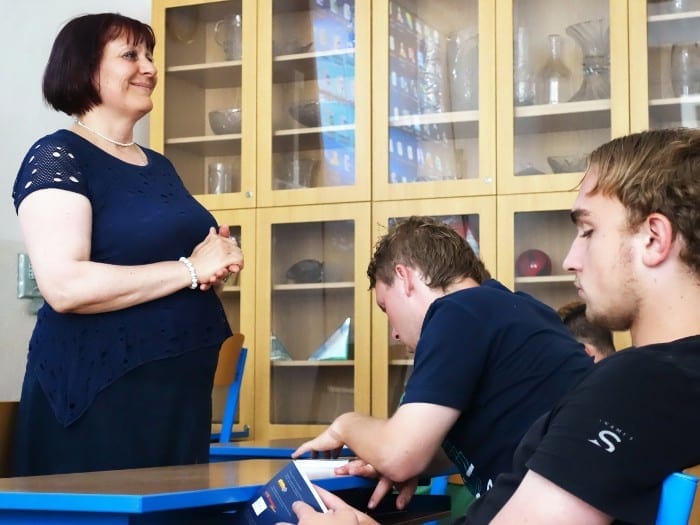 Monika has a lecture titled „The Bible and the Human of the 21st Century“ for the students of the first grade of the secondary schools. She brings there many facts and sets them into a wider context, all about the book that the nowadays generation is not already so familiar with. For example: the Bible is the most being translated book at all, it has been a part of the dramatic determining historical events of our nation.

Students learn that the word „Bible“ actually means the whole library. It is a complex of 66 books and these had been written during the period of 1600 years. Still there is one central point that can be seen through the Bible. It culminates in the Christmas and the Easter story. The Bible does not set to the foreground the human attempts to reach God, but pictures God as the one who himself has come to the man in the person of Jesus Christ. That is different from all other religious systems. 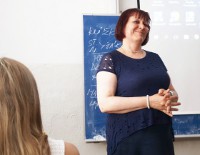 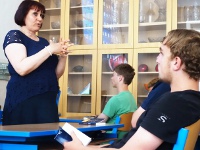 Students follow Monika very carefully when she explains how precisely the Jewish writers were rewriting the Bible scrolls on the new parchment. The scrolls were found in 1947 in Qumran (close to the north-east shore of the Dead Sea). These until that time not known ancient scrolls were almost totally identical to the scrolls 1100 years younger which were for our disposal. These scrolls are now a part of the world cultural heritage and everybody can read them on http://dss.collections.imj.org.il/. It is a project of the Jewish museum.

Monika uses her own rich knowledge and personal interest in Judaism and its traditions during her lectures. This makes her lectures much more personal and plausible. Students can learn during the lecture to find out a text in the New Testament. They can watch a short film about the spiritual awakening in the Czech nation and about Karel from Zerotin. He was a nobleman living in the end of the 16th century. In those times arose a magnificent translation of the Bible under his auspices. The awakened church printed it confidentially. So the Bible had become a central point of the most significant events in the Czech history. Their influence reaches far over the borders of our country.