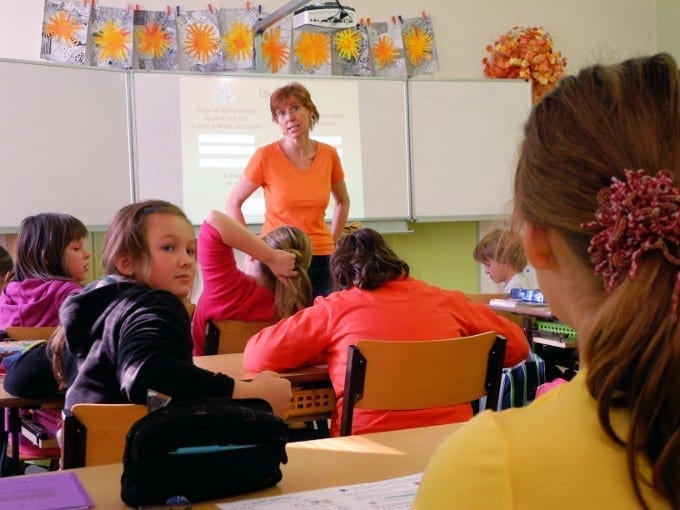 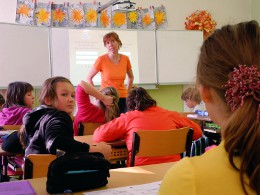 Petra Stranska started lecturing last year in the Hradec Kralove Region. Her work picks up on the leisure time activities clubs for children between 10 and 15 years that Petra founded in Vsestary and Nechanice. This year, these activities mounted into a children´s summer camp with eighty participants. Petra told me that there had already been so many applications for the next year´s camp that it will be full up to the last place. She was even worried that some of “her” children from the clubs would not be able to get a place.

Lectures within the Ethical Workshops in Chlumec nad Cidlinou were aimed at children of the 4th (“Worries with School”) and 6th class (“Image or Character”). The elementary school is quite big with pupils commuting from a large area. Petra achieved a good reputation and she has been returning to the same classes with new topics.

The topic “Worries with School” makes the 4th class pupils think about why do we need education (and that many children worldwide do not have this opportunity). The lecture addressed the most common difficulties that children may encounter at school. Petra is not “teaching” – she is opening a space using questions and surveys. This enables the children to talk spontaneously about their problems with learning, teachers who were unjust and relationships with classmates. For Ethical Workshops, there are not any incorrect answers and nobody is assessed better or worse based on their opinions. The children were really enjoying these moments and so did Petra. Especially, as there was enough time at the end of the lecture enabling children to share their personal experience.

The lecture called “Image or Character” has a similar structure – children are encouraged to give their opinions on what is most important for every person. In the first survey, children evaluate what characteristics would they consider the most essential for their future partner. Even though looks scored unusually high in this class, it was the ability to forgive followed by kindness that won in the end. Then, Petra distributed some typical girls´ magazines like Bravo, Girl, etc. and asked the children to find at least one article that would develop or promote these characteristics. This proved to be a difficult if not an impossible task. At the beginning, the children did not seen very interested in the lecture and kept disturbing, however, the topic caught their attention a little later and made them obviously think what really matters in life.

For the moment, Petra´s lecturing schedule is full until April 2014 and recently, she had to reject one school´s invitation for the first time. 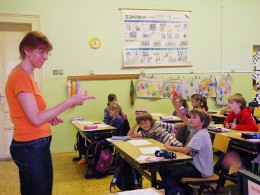 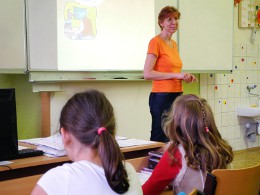 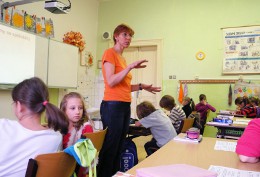 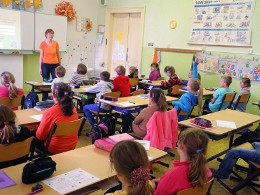 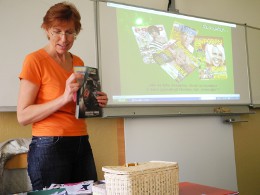