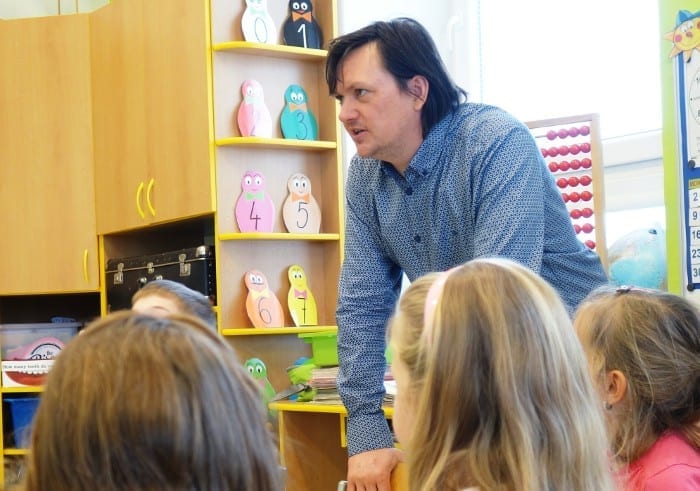 Martin is one of our most experienced lecturers of school programs. He has been working at schools since 2001 with a great scope and intensity and throughout all this time he has also been diligently engaged in his own additional study. Martin, who is originally a cook by profession, now heads for his second M. A. degree and enjoys a great respect within the wide community of other lecturers.

Teachers and the principal herself at one elementary school in a smaller village in the Zlín region spontaneously showered me with praise for cooperation with Martin and for the quality of his programs and especially for his impact on the life of the pupils and the environment in that school. As the principal said, the “era of Mr. Stavjaník” is different than the previous one. What an amazing assessment of Christian lecturing activity! 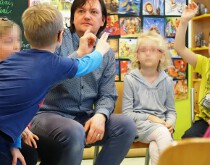 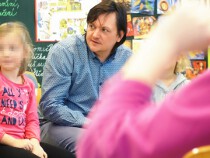 This time we accompanied Martin for an unusual type of lecture. Originally we were supposed to be in the 2nd grade of this elementary school, but due to a sudden change in schedule we found ourselves in the 1st grade. Obviously, this particular program does not deal with very serious issues in terms of relationships or risks in one’s life, but instead it is very loosely focused on relations between friends, mutual respect and strengthening of group cohesion.

We witnessed two hours full of games and fun as Martin was indirectly forming relationships between the pupils. I believe that this was an efficient way nonetheless. He himself sets an example when he sensitively listens to the children and kindly directs them into games and encourages them in even the tiniest detail in which they succeed – all this is a message without words, but a very powerful one.
I was not surprised when Martin mentioned that children in the previous class group nearly did not want to allow him to leave the classroom after his program… 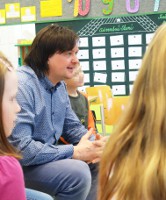 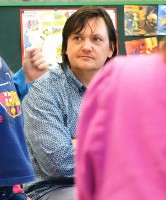 The end of the program as if said it all: The children were sitting in a circle and there was an empty seat only on the right side of one of them. The child next to the chair was always to speak out and declare that this seat of honour was reserved for somebody special and the pupil would then invite one of their classmates and their task was to tell others why s/he had chosen that specific person and thus paid him or her respect in front of others. Children quickly dived into this activity and soon they were trying to outrace one another in order to praise somebody else. The school bell was about to ring soon and Martin thus called out one after another all the way until middle of the recess, before all of them were able to take their turn in speaking praise about the others…
What a wonderful program with a deep impact on the lives of individuals and the whole group…!