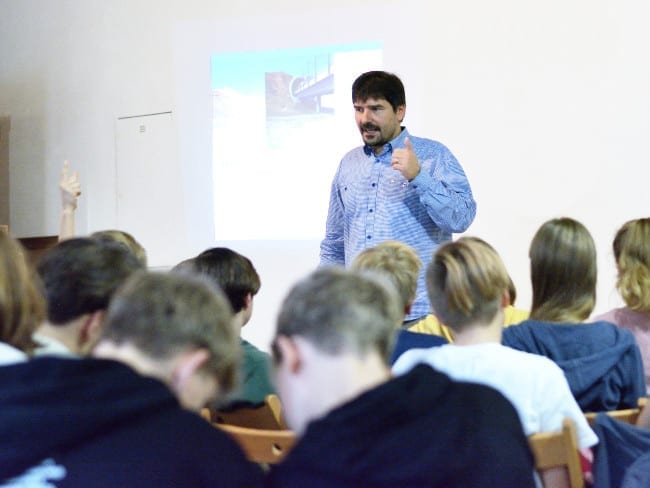 Radek Hejret has already been working as a lecturer for many years all over the country. He focuses mainly on topics related to holocaust and anti-Semitism. In November we visited his lecture on modern Israel for pupils of the 2nd stage of elementary school.
In a way, this was an unconventional lecture, because four classes, which is over 80 children, attended at once. While such large-group lectures were being commonly organized in the past, at present the focus is placed on work with a smaller group. In spite of that, schools frequently try to join children from several classes together for a lecture in order to save time.

Radek explains to the pupils about the modern State of Israel, and during his talk he often mentions its history as well. In order to keep the adolescents’ attention, he engages in lively communication with them, asks questions, and makes them think about various issues. If needed, he asks some disorderly individuals to sit in the front and he involves them in his presentation.
The teachers who are present genuinely value Radek’s work: “You are absolutely marvelous, the way you can work with them!” 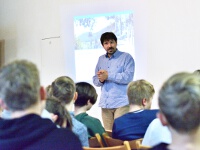 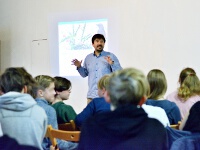 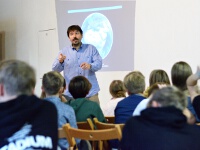 The content of the lecture traces various modern conveniences and inventions and the progress which this country is attaining, such as their successful struggle with the desert in southern Israel or the production of drinking water from seawater. Since Radek has visited Israel several times, he mentions some of his own experiences and things he had personally witnessed. The children are also able to see a tourist map of Israel, Israeli coins or a model of a tank, which is curiously constructed in such a way so that the crew may evacuate more easily should the need arise.

Three hours of classes pass very quickly and they are a good example that Radek can manage not only the lecture fully-loaded with information, but a large group of pupils as well. 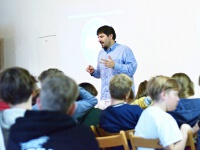 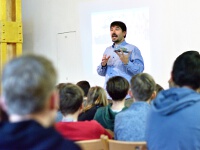