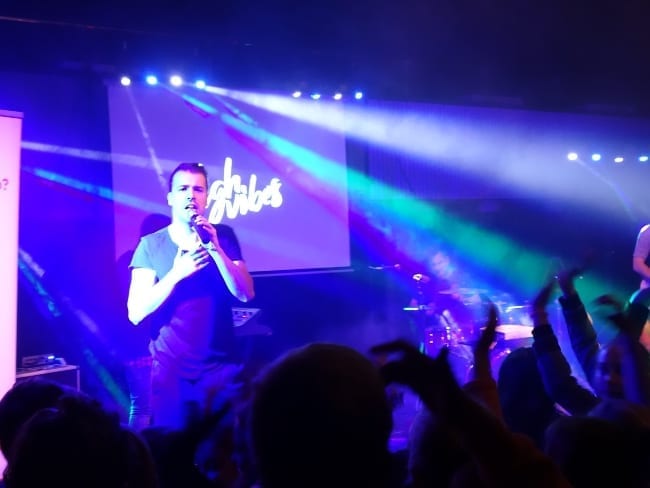 On the waves of friendship
Marek Vicany and his friends offer schools in the Healthy Youth a service that goes beyond the usual lectures.
Their instrument is not only a spoken word, but also a modern music with everything, including a creative dance. The “Waves of Friendship” program is like a rush of friendship and hope that floods visitors.

The program does not explain much: for example, what is bullying, where it came from, what to do with it. Children are simply drawn into a world where people are enthusiastically calling, “Do not let it be” behind the lights of a colourful music and a rhythm of melodies. Mark’s band “High Vibes” uses methods that young people know about modern concerts (and they really rock!), but their message is the difference. Children are opening a world where “cool” is to stand up to the weaker, to help those who have trouble where heroism is a real generosity. Children enjoy the program, the concert hall is crazy, and teachers are (very) satisfied! 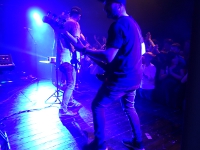 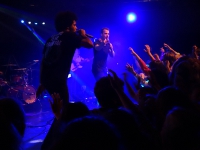 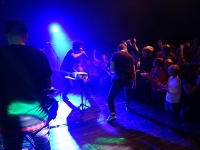 One of the central moments of the program is the moment when the professional dancer Jamal tells how he was experiencing a bullying school, because of his mixed race background and how he chose to forgive his hurt. At another point, Marek invites a boy and a girl to the stage to make a call to sing with him. Marek puts them on stage as a hero and encourages them. Yes, here is the place where the hero is the one who overcomes the embarrassing situation and where there is no room for ridicule and condemnation… 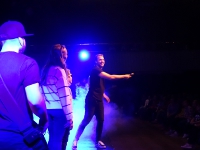 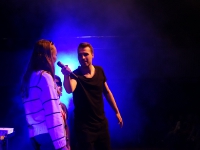 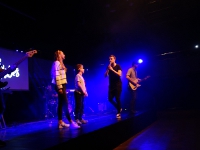 The concert’s message complements the brief view of the imaginative spot of Czech Helpline, partner of the project „Waves of Friendship“:

Children often write about their personal situations through Instagram. Marek told us that sometimes after the hours of the concert he responds to their messages, and he often gets into a deeper conversation with the seekers.
Marek Vicany and his friends overcome a lot of difficulties on the tour” Waves of Friendship”. At half past four in the morning, a borrowed car is loaded, and the group goes to a distant city where Marek has arranged programs with schools and rented a hall in a cultural house. Here he puts the equipment and tuning the technique, because at 8:45 begins the first hour program. After that the group sign the children’s cards for half an hour, talk to the individuals, etc. They are only 5 minutes away from the rest of the program, after which they pack, take and save it again. They go through this twice a week. During my visit, after the program in Hradec Králové, we sat for lunch at the restaurant. “Who is going to drive today?” The musicians ask each other because everyone is in danger of falling asleep behind the wheel … Guitarist Martin, meanwhile, has joined the internet and shows pictures and videos from today’s concert. The children in the meantime flooded the Instagram group of the High Vibes along with messages like “Just the best concert ever!!”
A wide range of schools throughout the Czech Republic is interested in the program „Waves of friendship“. If programs are taking place in Prague and around, young people have the opportunity to participate in the follow-up activities that Marek and other Christians organize there. In other cities, they often manage to talk to other staff of the Healthy Youth and their friends. 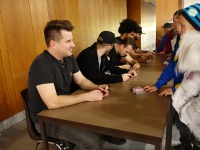 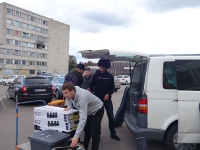 We wish Mark and his friends – Jakub, Jamal, Martin and Peter – a good wind for a further cruise of “Waves of Friendship”. Let their message arrive to many young people.