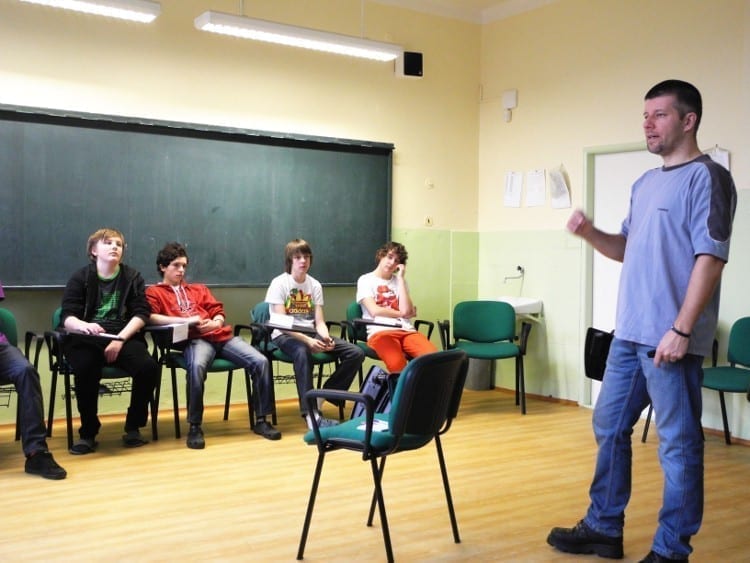 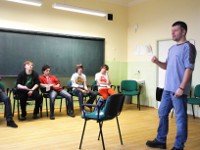 The elementary schools in Havířov very appreciate the quality lectures of Michal Malina. New theme of his lectures was accepted very warmly – Michal describes the most spread world religions to the students in our mostly atheistic country during two hours.

This theme seems to attract the students. More and more of them have a possibility to travel to the areas where we can get into tough or event dangerous situations if not knowing the local culture or the life attitudes. The lecture helps to understand the religious questions which do not tell us much usually. It is for the students of the 8th and 9th grade.

Michal opens the question of spiritism in the very beginning. He asks the students whether they have their own experience with invoking the spirits. There is someone almost in every class who has really experienced this kind of supernatural – and often not nice or even drastic – things. Michal warns: „If someone knocks the door, you cannot see who is on the other side. Whether he is your friend or someone who wants to harm you.“ That is why Michal warns on the concrete examples about the risk of opening the mysterious doors of the spiritism.

In the following part they debate about the big world religions. Michal gradually talks about the basic parts of Islam and then Hinduism. He proves that approximately 92 percent people on the Earth believe that there is someone above the earth and men whom they try to find. The questions of Islam which is because of the strong immigration still more and more topical for Europe are interesting for the students even if quite distant to our way of thinking.

Michal introduced the Christianity, the most spread form of faith, on the example of life of Mother Theresa. Her compassion with those who nobody cares about is a very understandable illustration of the message of self-giving love as presented in the Bible and by Jesus.

The lecture about what people in the world believe is very interesting and attractive for the students because of Michal’s simple and personal approach. Michal shows even difficult and not much known things in a simple way. 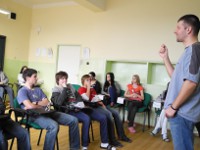 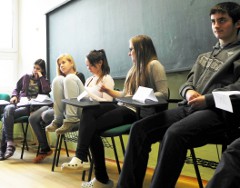 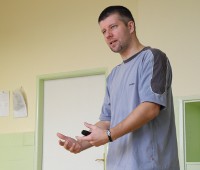 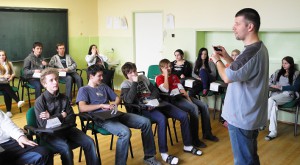 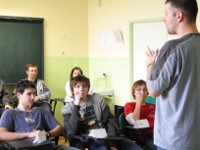 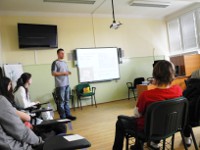 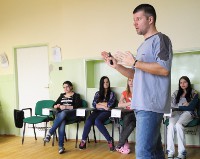 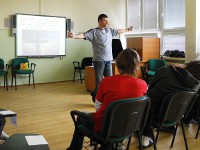