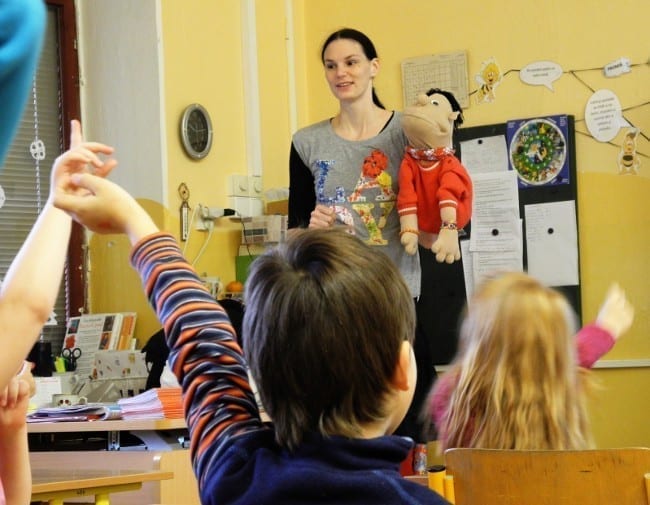 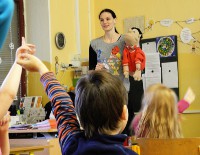 I attended a session called “Be My Friend!”. Before the visit, I received a message from Ida Pencová saying: “It is a very funny program, I am sure you will like it!” She did not exaggerate. I think that after seeing the program each and every one of us would like their own children to participate in it.

The program caters for little children. In this case it was the 2nd grade. It is one of the first topics presented by program which we call ethics workshops. The program focuses on bullying prevention in that it develops children’s ability to create positive relationships and protect themselves and others from ill-treatment.

Ida Pencova is able to create a great and memorable experience.
She interacted with the children with the help of a puppet named Ludvik, which was actively “helping” her all the time. Ludvik was also commenting on various things and kept the children permanently entertained. The children were being taught how to reject someone who bothers them. Right at the blackboard they were also being taught how to protect their classmate that Ludvik was bothering. They were doing great for what they were being praised by Ida. The children were told how their friendships can be ruined by gossiping and bad behavior towards their friends and how they should treat those who do not have any friends.

The time passed very quickly and at the end of the program Ida taught the children a song called “You Are My Friend”, during which children stand and point their fingers. It was a nice surprise to see their class teacher standing in front of them and showing them how to point their fingers correctly during the song. Ida grabbed her guitar and the program called “Be My Friend” ended in a nice and funny way. It is no wonder that some children love Ida much. She runs also successful and attractive follow-up clubs and weekend retreats. 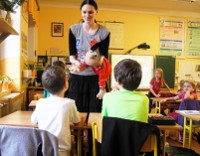 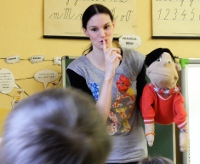