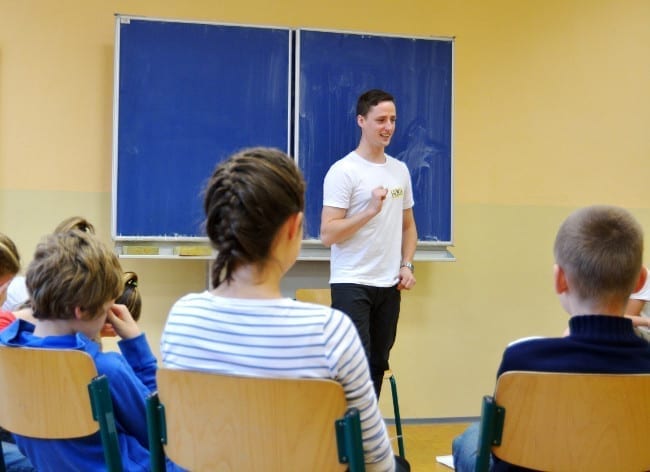 Jan Novak learnt his skills as a lecturer from his colleagues in Liberec where he has been working since 2015. The work of two INCZ lecturers, Patrik Muller and Roman Kladivo, has earned respect in local schools and gained an extraordinary position during the many years of their activity in the Liberec region. Both of them raised and inspired a number of other people who later joined the work at schools. Jan is one of them. Since he is one of the youngest lectures we know, he appreciated the opportunity to be able to follow each lecture several times and watch more experienced lecturers before leading his first lectures under their supervision.

In December we went to see Jan’s program for seventh-graders which focused on the topic of Beauty. The program lasted for the duration of three lessons and it was full of interesting activities. At first, pupils worked on various tasks which enabled the lecturer to gain an insight into the relationships in the class and learn about specific individuals. The following activities already served to introduce the topic to the pupils. The structure of the program is based on the principle that it is the pupils who create everything and come up with all ideas, and the lecturer merely directs them, explains and guides the topic in the desired direction. Together, the class thought about how a beautiful man or woman should look like and how he or she should behave.

The lecturer discussed topics like eating disorders, comparing oneself with other persons, addictions, health, and others. During the three hours, some substantial and important facts were spoken and they may significantly help these young people to set a course of their lives. At the end, the pupils had a chance to evaluate the program and to say what surprised them or what was interesting for them. They also received contact information of the lecturer and an invitation to a leisure club which is run by the local church and which is frequented by many young people. Jan comes from a family of active Christians, but in spite of that, he had to find his own way toward Christ after a lot of struggle and many humiliating decisions. He became active as a lecturer at schools at the age of twenty-three and many a time it was only thanks to prayer and reliance on God’s help that he was able to experience victory in some complicated moments during the lectures. 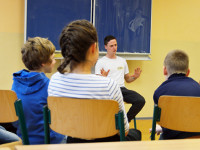